Yantra for self trust, confidence and intuition 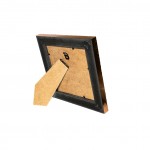 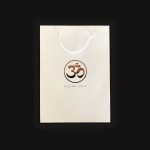 This Yantra enhances your power of intuition which can be a great asset in your daily life.

It developes your trust in yourself, your personal power and your abilities.

Helps you get the desired results easily.Placement:Yantra is placed best in East - West direction.

The Yantra becomes energized by the Sun rays and by the divine vibrations from the East corner, offering positive energies of transformation of your house through its mistical geometry.